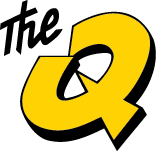 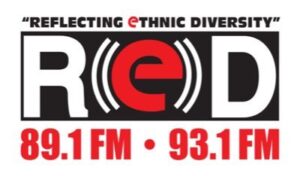 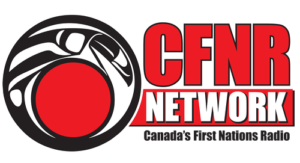 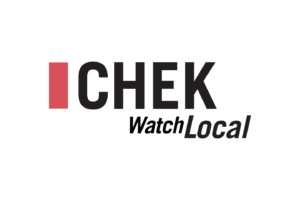 The British Columbia Association of Broadcasters (BCAB) has announced a new executive and board of directors.

Rob Germain – CHEK Media Group – has been named President for a two-year term.

Rob Bye of Pattison Media, Vancouver Island will serve on the board executive as Past President.

Broadcasters across British Columbia have delivered an essential public service throughout the COVID pandemic, providing local programming and information in times of high need – and supporting local businesses despite broadcasters themselves facing challenges of declining revenues and economic uncertainty.

In 2020 the BCAB did not hold its annual conference due to COVID and presented its broadcast awards virtually. The 2021 BCAB Awards will again be presented virtually this October. The board is hopeful the BCAB can hold an in-person conference in the spring of 2022.

About the BCAB:
Since 1947, the BCAB has been the voice for private broadcasters in British Columbia. There are more than 100 television and radio stations from Cranbrook to Port Hardy and Penticton to Prince Rupert. Collectively, local broadcasters directly employ more than 1,100 British Columbians and generate $687 million in economic activity in B.C. 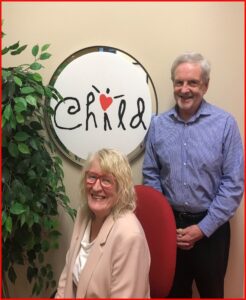 The British Columbia Association of Broadcasters (BCAB) is excited to announce that its members have chosen CH.I.L.D Foundation as the 2020 Humanitarian Award recipient.

“The Humanitarian Award is an opportunity for a non-profit organization to gain significant exposure for the important work they do at no cost to them for the airtime,” says BCAB president Rob Bye. “The campaign will allow broadcasters to inform listeners and viewers about the invaluable services of the CH.I.L.D. Foundation in British Columbia.”

On acceptance of the BCAB Humanitarian Award to the CH.I.L.D. Foundation, Chief Executive Officer Mary McCarthy Parsons stated that “the British Columbia Association of Broadcasters provides a truly remarkable service for worthwhile charities across our Province.  The CH.I.L.D. Foundation is very honoured and grateful to be chosen as this year’s Humanitarian Award recipient.”

“This prestigious Award will shine a light on our important mission to find a cure for Crohn’s Disease, Ulcerative Colitis and liver disorders in children.   Our volunteer Board of Directors and Governors, and our many dedicated volunteers join with me in thanking the BCAB for bringing such invaluable awareness to helping extremely ill children and their families.”

This year’s campaign will begin in January and continue running on member stations throughout the province for one full year.

Information, criteria and process for applying for the BCAB Humanitarian Award can be found at the following link: www.bcab.ca/awards/humanitarian. 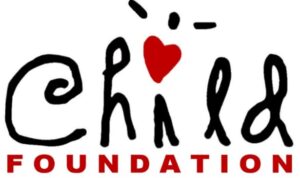 The British Columbia Association of Broadcasters represents private television and radio broadcasters with the mandate to combine the resources and strength of our industry in three key areas: to promote and contribute to community enhancing programs throughout our province, to present a unified and credible voice in matters that affect our growing industry, and to provide our members with information and inspiration through our annual BCAB Conference.

As one of the most enduring and essential communications industries, the private broadcasters of BC have a long and productive history of serving the citizens of this province. A commitment to the delivery of timely and useful information as well as diverse programming is the collective goal of the radio and television broadcasting industry. The emergence of new media platforms – online and mobile – present even greater opportunities for our members to connect with the audience we serve. The BCAB actively works at strengthening our voice in the wider business community and contributing to the positive growth of our province.

This spring, without warning, Kelowna radio station Soft 103.9 went off the air in what was described as Canada’s first broadcasting casualty linked to the COVID-19 pandemic.

As the microphones fell silent, journalists lost their jobs, businesses lost an advertising vehicle and a community lost an important voice.

In the months ahead, I fear this story will repeat itself in communities across British Columbia.

COVID-19 wasn’t the only reason for the closure of this station. But the pandemic delivered the death knell – and it is threatening to do the same to other private radio and television stations British Columbians depend upon.

It is a difficult position for broadcasters, especially considering our role during the COVID-19 crisis. Our stations have played a vital role for British Columbians, providing a trusted source of news, public health information and acting as a community hub for fundraising efforts. Many stations have used their traditional and social media platforms to broadcast live coverage of the daily health briefings from provincial and federal officials keeping citizens informed during this unprecedented time.

Viewership and listenership of our radio, television and digital platforms are strong. But at the same time, advertising revenues have fallen by up to 70 per cent. Stations that have always been considered the lifeblood of their communities are now fighting for survival. Many newspapers are facing similar troubles.

In a small town, the loss of a media outlet can be devastating. For many B.C. communities, local broadcasters are the only mainstream communications tool. Want to buy a car, find the best deal on groceries or advertise a community fundraiser? Turn to your local radio station or television broadcaster. Even more important is the immediacy broadcasters offer during a crisis whether it is a flood, wildfire or an Amber Alert.

In a large urban centre like Vancouver, where there are many broadcasting choices, the loss of a single station may not seem like a big deal. But what if that station broadcasts to an ethnic audience? In a multicultural province like British Columbia, where 30 per cent of the population immigrated from another country, ethnic radio and television stations act as a cultural lifeline broadcasting in Punjabi, Mandarin, Cantonese and a host of other languages. If one of these broadcasters is displaced, an entire ethnic community will be affected.

Last month, a sobering economic report issued by the Canadian Association of Broadcasters predicted a wave of cuts and station closures over the next three years.

The report, compiled by Communications Management Inc., projects the closure of 50 Canadian radio stations in the next four to six months followed by many others. In addition, it suggests 40 or more private television stations will fade to black in the next 12 to 36 months.

If these projections are realized, thousands of Canadians will lose their jobs, further eroding Canadian journalism.

Reduced advertising revenue sparked by COVID is a significant reason for the economic decline of this industry. But inequitable taxation and the regulatory treatment of online media giants also plays a role.

Those giants – such as Google and YouTube – are eating up a larger share of advertising budgets and yet they don’t pay provincial taxes, they don’t employ British Columbians and they won’t be sponsoring your child’s sports team.

Broadcasters have a number of proposed solutions including regulatory reforms and a tax credit for the creation of made-in-B.C. content. But even more basic, we are asking government, Crowns and other public agencies to dedicate more of their advertising budgets to local media and make longer-term commitments.

And we are encouraging consumers to shop local. If you spend your money in the local sports store rather than on Amazon, that store is more likely to stay in business, employ people in the community and yes, advertise. This is how we can help our communities rebound.

There are more than 100 television and radio stations from Cranbrook to Port Hardy and Penticton to Prince Rupert directly employing more than 1,100 British Columbians who bring us the news, promote local businesses and host community events.

Those jobs, and the diversity of editorial voices, strengthen our communities. If they are lost now, they will be lost forever.

Rob Bye
Rob Bye is President of the British Columbia Association of Broadcasters, the voice of private radio and television broadcasters across B.C.

The BCAB is pleased to provide the following video of the focus group and panel session – “Move Over Millennials’, Here Comes Gen Z”. This session was presented at the BCABs 71st Annual Conference on Thursday, May 17th. The video includes the focus group recorded session and the Q&A follow-up. Subtitles have been provided where the audio quality was poor.

The British Columbia Association of Broadcasters (BCAB) announced its members have chosen the BC Society of Transition Houses as the 2018-2019 Humanitarian Award recipient.

“The Humanitarian Award is an opportunity for non-profit organizations to gain significant exposure for the important work they do at no cost to them for the airtime,” says BCAB past-president Kevin Gemmell. “The BC Society of Transition Houses will allow broadcasters to educate the public about the need for safe refuge for many women in British Columbia.”

In Canada, a woman is killed by a family member every 4 days. 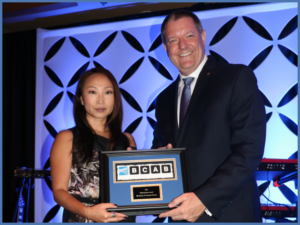 BCAB Past-President Kevin Gemmell presents the Humanitarian Award to Hannah Lee, Manager of Member Services of the BC Society of Transition Houses

In 2015 approximately 18,000 women and children accessed transition houses and safe houses to escape violence or abuse in British Columbia. A woman on average makes 7 attempts to leave an abusive relationship before permanently ending it.

Violence against women remains a significant and prevalent issue in Canada and around the world. Immigrant and refugee women experiencing violence face additional challenges in accessing support. These include language and cultural barriers, uncertain or precarious immigration status, isolation, fear of repercussions of disclosure from community or systems, limited or lack of access to finances and lack of knowledge about their rights and available services. These barriers can prevent women from accessing the help that is available.

Joanne Baker, the Executive Director of BC Society of Transition Houses says: “Transition Houses and Safe Homes are so much more than just shelters. They are safe refuges that also provide all sorts of supports and referrals for women and children. We want immigrant and refugee women in particular to know that they are not alone and that safe shelters and services in BC welcome them”. END_OF_DOCUMENT_TOKEN_TO_BE_REPLACED

For more than 50 years, the BCAB has been recognizing the “Best in Province” for radio and television commercials, station imaging, community service and news reporting. Awards are presented to both large and small/medium market stations.

Here are the nominees for the “Best in Province” awards for Radio and Television:

Click Here to see and hear the 2016 Award winners (presented at the 70th Annual Conference in May 2017).

British Columbians will soon be invited to get good advice about their gut at Badgut.org, thanks to a generous airtime donation by the province’s broadcasters.

The British Columbia Association of Broadcasters (BCAB) announced its members have chosen the GI (Gastrointestinal) Society and its associated registered charity, the Canadian Society of Intestinal Research, as this year’s Humanitarian Award recipient. 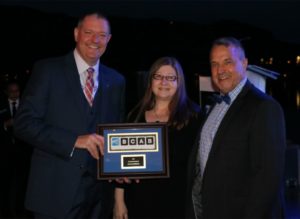 “The Humanitarian Award is an opportunity for non-profit organizations to gain significant exposure for the important work they do at no cost to them for the airtime,” says BCAB president Kevin Gemmell. “The GI Society will allow broadcasters to educate the public about the problems associated with intestinal, digestive, and liver disorders. Our association sees an opportunity to bring to the forefront issues that affect a large populace of British Columbians.”

Congratulations to our 2016 Excellence Award Winners announced at our 70th annual conference, May 2017 in Osoyoos.

END_OF_DOCUMENT_TOKEN_TO_BE_REPLACED 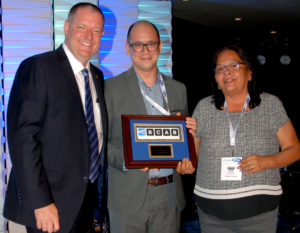 British Columbians will soon be invited to check in and take action on their mental health thanks to a generous airtime donation by the province’s broadcasters.

“The Humanitarian Award is an opportunity for non-profit organizations to gain significant exposure for the important work they do at no cost to them for the airtime,” says BCAB president Kevin Gemmell. “There are significant stigmas around mental health issues. Our association members felt it was important to continue keeping these issues in the forefront, to help break down those stigmas and educate the public so everyone can play a role in helping and healing.” END_OF_DOCUMENT_TOKEN_TO_BE_REPLACED